Long ago in the days of ancient Greece there was once a monster known as the Original Beast. This dark evil beast had the head of a lion and two tails. It looked something like this….

Well the legendary Hero Waynanidas saw this monsterous beast and knew what he must do! He confronted the Beast and thoroughly shredded it to pieces (http://longboard-life.blogspot.com/2012/02/beastiality-original-beast-freeride.html)! The victorious hero thought that he had nothing left to do but celebrate with months of festivities. Which is exactly what he did!
However, during his celebrations Waynanidas didn’t notice that a new was Beast spawning. This new Beast dropped from the very sky above and became known by the local people as the “drop beast.” When Waynanidas heard this news he knew that once again he must shred this beast! 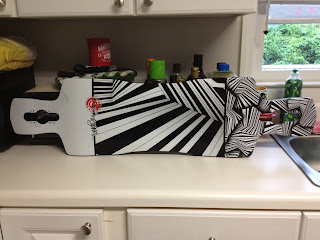 The new Original Drop Beast is a cut above the rest. I liked the older version of the Beast but this one is something else entirely. The lowered platform with the new concave is everything I could have hoped for. However, before we do anything else, let’s talk about the specifications of the new Original Dropped Beast.

The Dropped Beast is a board centered around freeride, which for those of you who aren’t sure what freeride means, it is a type of riding that involves lots of powerslides and creativity while heading down a hill. The Drop Beast comes in two lengths 41 and 44 inches (which means there is not a 38in option in this version of the Beast, like there was in the older version). The deck is stiff, has a waist, drop-through mounting, a dropped platform, and two kicktails. All of which make the Drop Beast a very versatile board that can handle its own in many different styles of riding. This makes it a very good choice for an all-around board that can handle some serious challenges when it’s time to get down and dirty on the hills. 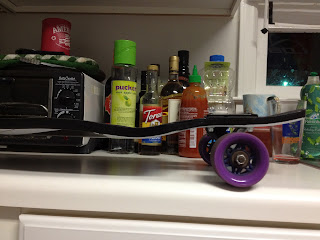 Commuting:
The very first day I rode my Drop Beast was for push race in Charlotte, NC and I’m talking the very first time I even rode it. One of the things I really like about this Beast is that it is SO low to the ground. It makes pushing it around town totally easy. The race I took it to was a 5 mile push race on a pretty flat course and riding the Drop Beast after always riding taller boards made the race too easy! I felt like I could push all day long and not feel a thing. 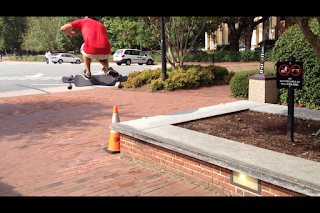 Freestyle:
The Drop Beast wasn’t necessarily designed to be a freestyle board specifically, however, the addition of two massive kicktails on the board make it a freestyle machine anyways. Although kicktails are becoming more and more of a trend in all types of boards, they have only recently started being added to freeride boards. Kicks have been coming out in all sorts of shapes and varieties lately and Original got it right with their kicktails. They have a ton of pop to them! I love hitting things like shove-its and tiger claws on the Drop Beast, I have even hit some ollies on this board because the tails have so much pop. 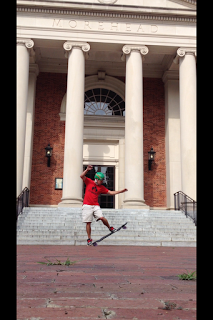 The Drop Beast is such a low riding son of a gun that is great for downhilling! You feel like you’re standing on solid ground and not on a skateboard flying downhill when you’re going fast on this board. The drop platform altered the concave of this board when compared to the previous models of the beast. Instead of the platform feeling like you’re standing in a tube, due to the concave, the drop platform flattened it out a bit. Now you have two foot spots and edges where the platform meets the drop. The result is a very stable feeling board no matter the speed you are hitting. 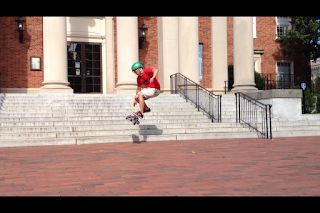 Freeride:
Freeride is where the Drop Beast is truly at home! Like I mentioned above it is a board designed for freeride, so this is naturally where it naturally excels. The drop platform is exceptional at holding your feet in place for long slides. Which was honestly a little counter-intuitive to me because I thought having more concave in the deck would lock me in better, however, being able to push your feet up against the point where the drop meets neck of the deck is fantastic. Instead of having to install a footstop on your board like lots of people do on their freeride setups… the board has two built right in. 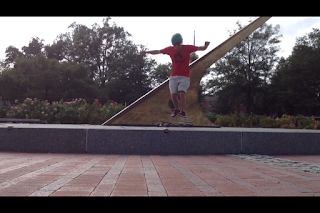 In addition to having two great footstops and an awesome platform to slide from the tails bring your freeride game up a notch as well. You can work on awesome slides from the tails, hit wheelie slides, and do all sorts of things that only a tail can offer you. The Drop Beast is just such a great freeride board and has actually moved to the top of my freeride favorites, which was a pleasant surprise. 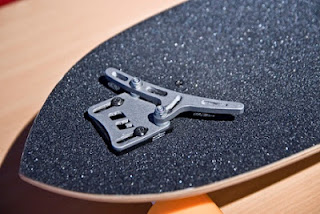 Well it can’t all be good. Let’s talk about the downsides of the Drop Beast. The biggest downside that I found with the board was actually how low it rides. If you get it setup right it is fantastic, however finding that right setup was a little hard for me. I initially put some Surf_Rodz RKP trucks and 70mm wheels on it and the board ended up touching the ground when I turned… womp.  However, once I switched to some trucks that rode a little bit higher off the ground than Surf_Rodz 70mm wheels worked fine. I do however get nervous trying to early grab on this board because I have scraped my fingers on the pavement a few time due to that lowness, haha. 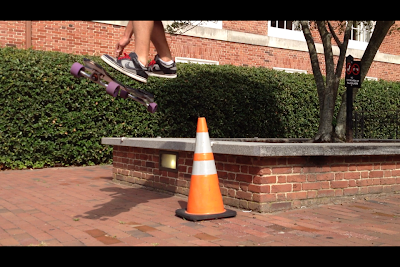 Would I recommend the Original Drop Beast to a friend?
I absolutely would. I liked this board a whole lot more than the older model of the Beast and have found that it has become one of my go to boards for many situations. I even hit my first real bigspin on the Drop Beast, so that was exciting. This new strain of Beast can really do it all, commute, freestyle, push, downhill, and freeride. Freeriding the Drop Beast was a dream come true. My slides feel more controlled and are significantly longer. If you are looking for a board that can do a little bit of everything but that has a flare for freeride then look no further than the Original Drop Beast.
Any Questions, Comments, Concerns, Death Threats, Chain Mail???
Send it my way!
Wayne