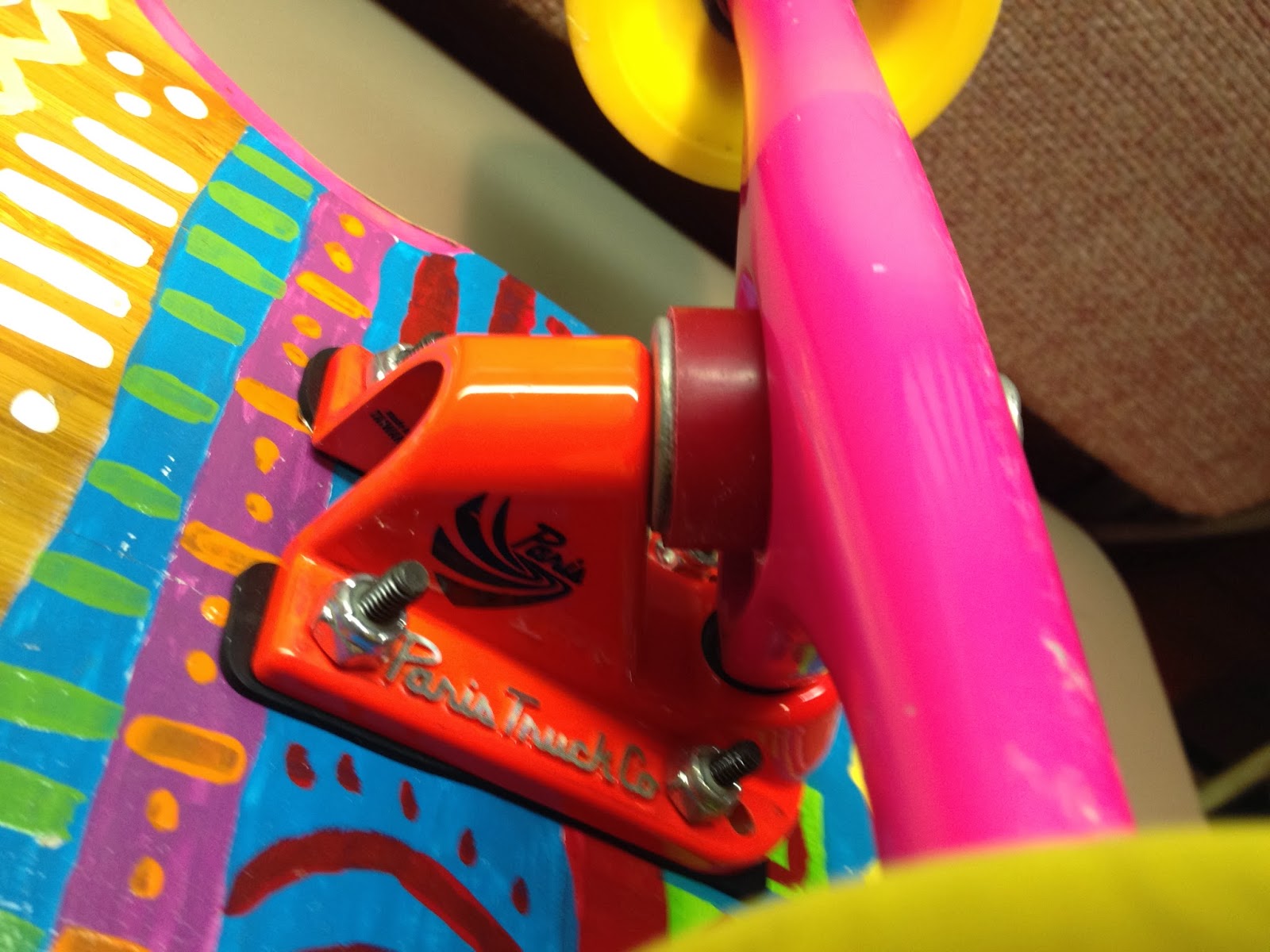 I hope that you all caught the earlier portions of the Riptide Bushing Review (Part 1 and Part 2) and are excited for Part 3, which is all about the Paris Truck Co. specific bushing shapes; the Canon and Magnum. Remember, if you aren’t totally familiar with bushings in general check out Part 1 of the series before coming to this review. It might seem weird to a lot of people (especially those newer to the sport) that Riptide offers such a specific bushing shape.


However, old timers like myself can remember that in the not too distant past Paris trucks were the go-to longboard trucks. Before Caliber, GunMetal, and precision trucks started to permeate the market there was literally a time where 90% of anyone who knew anything about longboarding were riding Paris trucks. They were the gold standard for a long time, and since then many companies have made huge advances in truck design (including Paris), but knowing how ubiquitous Paris trucks were makes it easy to see why a bushing designed specifically for them could be very useful.

...Enter the Canon and the Magnum.

I have been riding the Canon and Magnum in both the APS and WFB formula extensively for months with very satisfying results. I weigh about 160lbs and all my Canon and Magnum bushings are between the 88a and 95a durometers. Which makes sense because I usually ride between 83a and 90a bushings in other brands, and Riptide bushings generally feel a little softer than they test. 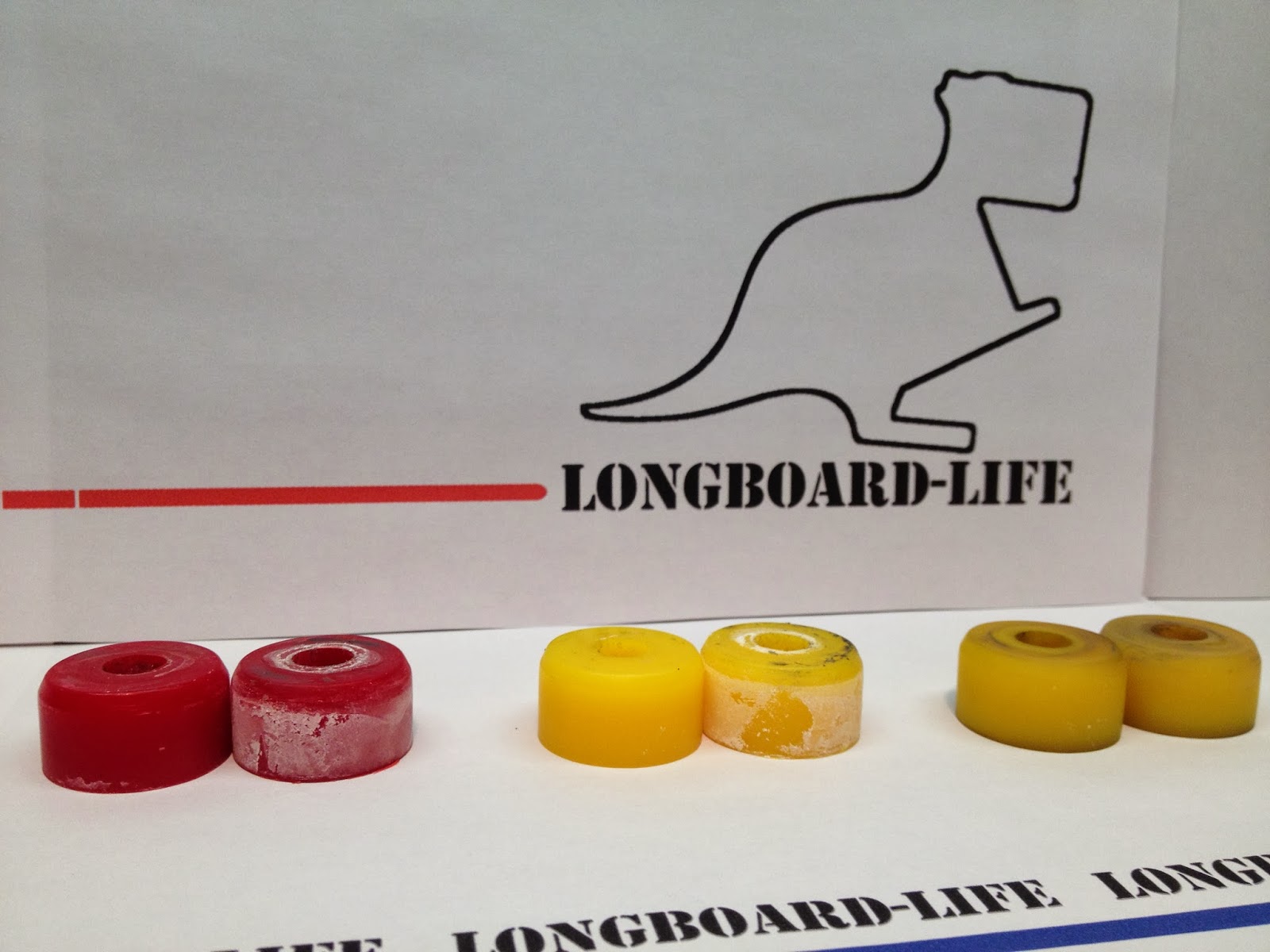 The first thing I noticed about these bushings was the size. Because they were designed specifically for Paris I was curious if they were different sizes than the typical barrels you might ride in a Paris truck. A simple side by side comparison shows that a barrel, a Canon, and a Magnum are all about the same height and that the Magnum is obviously much wider than a standard barrel. A closer inspection also reveals that the Canon is ever so slightly wider in diameter than a barrel. 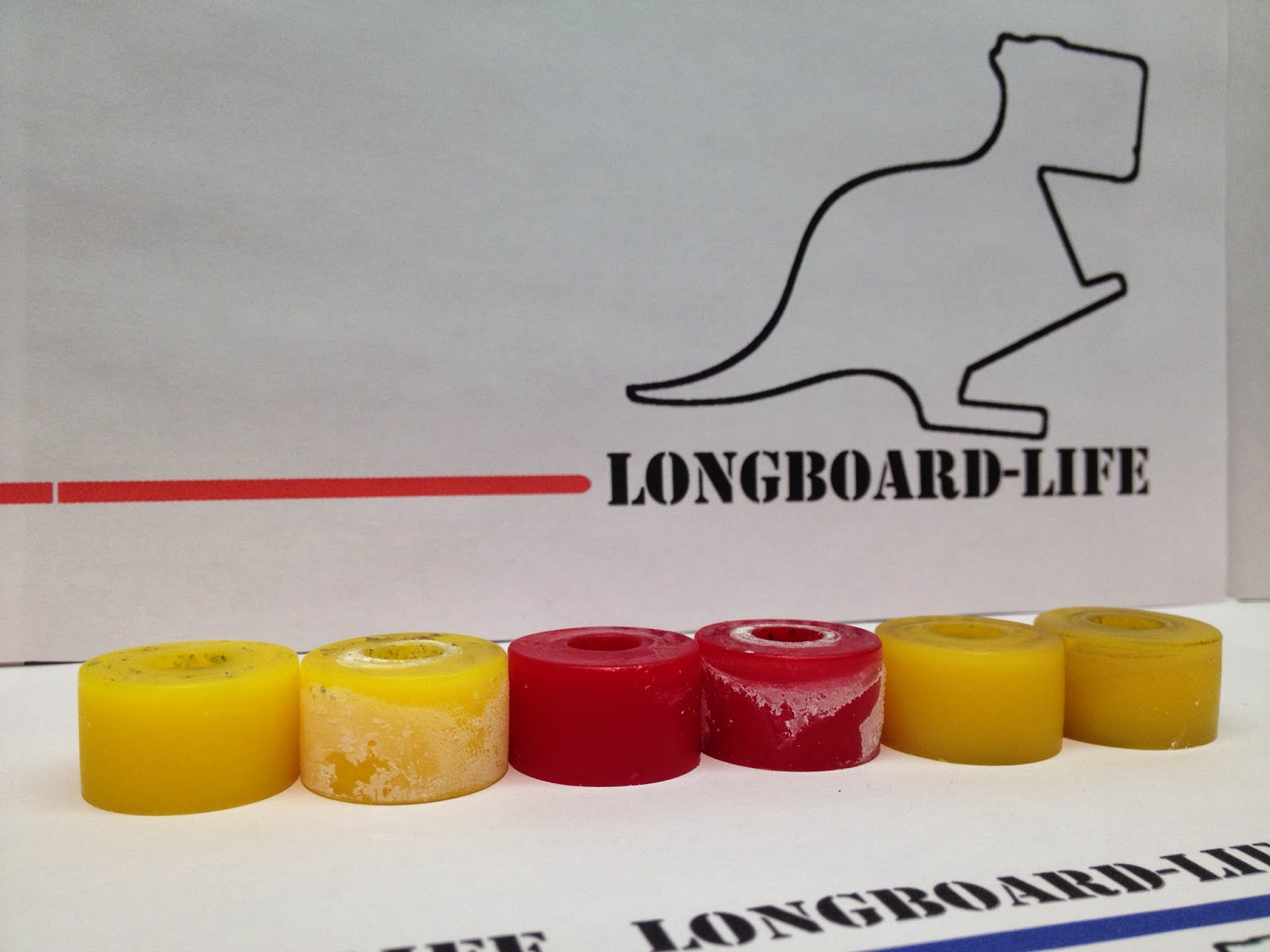 I don't think it is written in stone anywhere, but as a rule of thumb it is recommended that you run your wider bushing boardside and your more narrow one roadside. So of course, my setups were generally a Canon roadside and a Magnum boardside. I have ridden both the Canon and Magnum bushings in a variety of trucks but because they were designed specifically for Paris trucks that's where they work best and where I focused my attention.

It has really been a long time since I used the stock Divine bushings in my Paris trucks (to be fair Paris did upgrade the stock bushing formula right before the V2's came out) and I had been running Venom SHR and Nipples pretty frequently so I was used to a lot of rebound coming out of my bushings. Because I was so accustomed to having a lot of bounce-back I immediately gravitated towards the Riptide APS formula which is the more reboundy of the two Riptide options.

The APS Formula
The Canon and Magnum in the APS formula felt both familiar and altogether different from any other bushings I had ridden in my Paris trucks. They have plenty of rebound but they also have much more lean than other bushings. In addition, the wider base (provided by the Magnum in particular) made for a very different sensation than your typical bushings. The APS Canon and Magnum provide a very reliable return to center, due to the width of the bushings and the rebound characteristics of the APS formula, but were still ready to lean very deeply without hesitation. 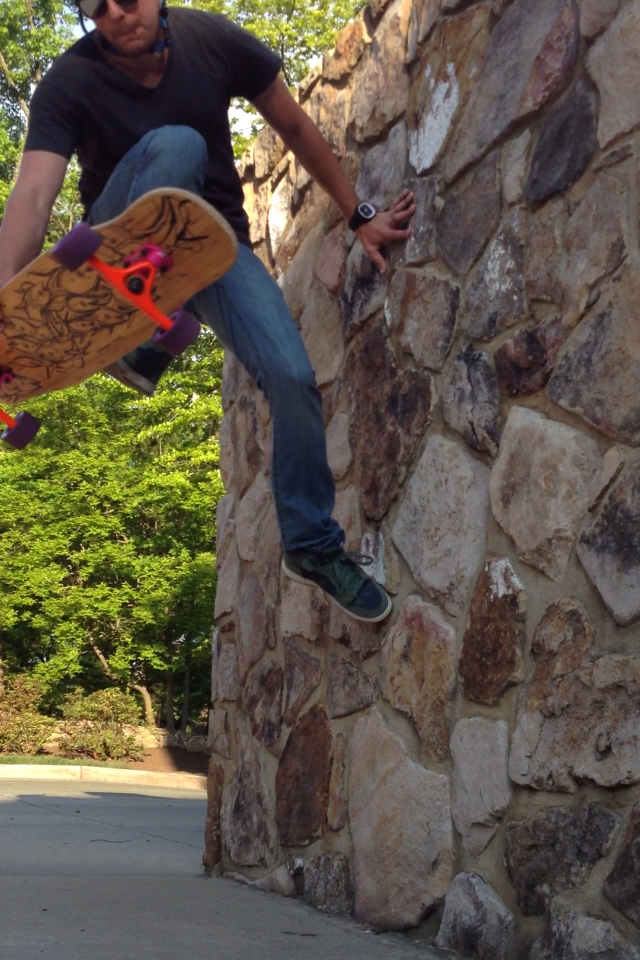 I found the APS Canon and Magnum to be most useful in commuting and freestyle in some nice 50* Paris trucks. The snappy response and quick return to center is great for some quick pumping and landing flip tricks. While the solid center point provided by the Magnum is nice for pushing because it provides you with a very stable platform. 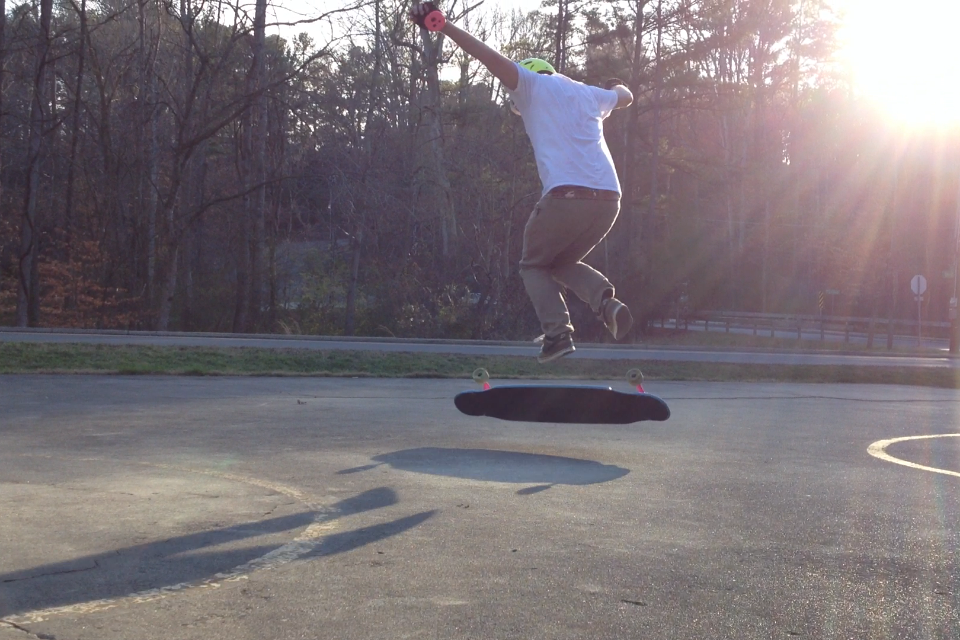 The WFB Formula
As I started getting used to feel and lean of the APS Canon and Magnum I started to use the WFB formula more and more. I found this formula (as you can read about in my earlier review) to be more suited to faster skating. The WFB offers less resistance when leaning so you can really dig into a carve or slide without a problem. 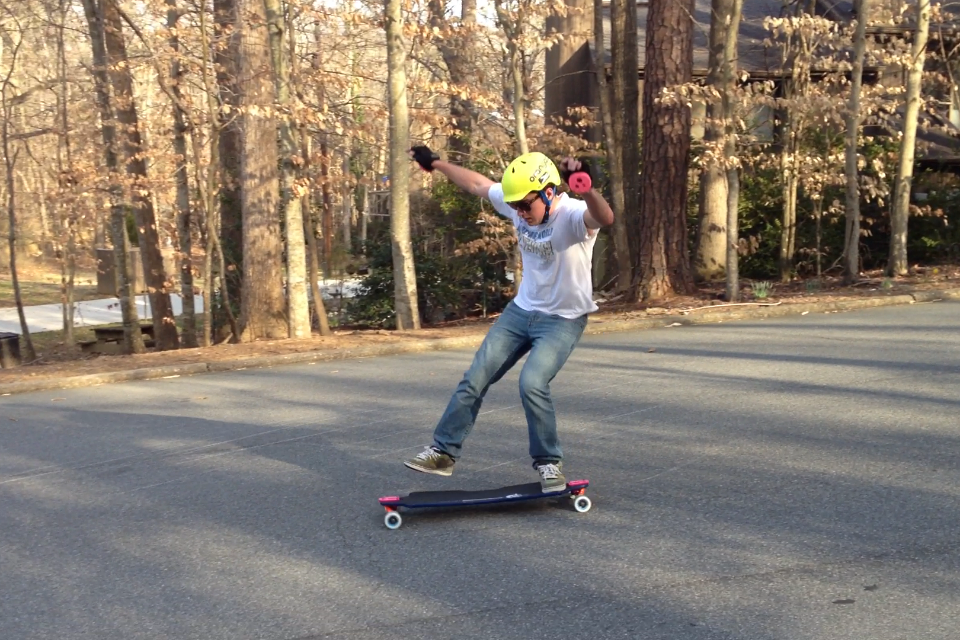 I only got my first pair of 43* Paris trucks about a month ago, but I immediately slapped WFB Canon and Magnums in them because I knew they would be a perfect fit. WFB Canon and Magnum bushings give you a ton of lean from a well defined starting center point. Which I found to provide a combination of both more stability and agility than you get from standard barrels in Paris trucks. I think that a lot of that stability comes from having bushings that were designed to fit perfectly into a Paris bushing seat. This really helped remove any extra slop from your turn. With the WFB Canon and Magnum I felt more stable on the straights (again thanks to the wider bushings) yet completely uninhibited when initiating a slide or taking a hard turn. 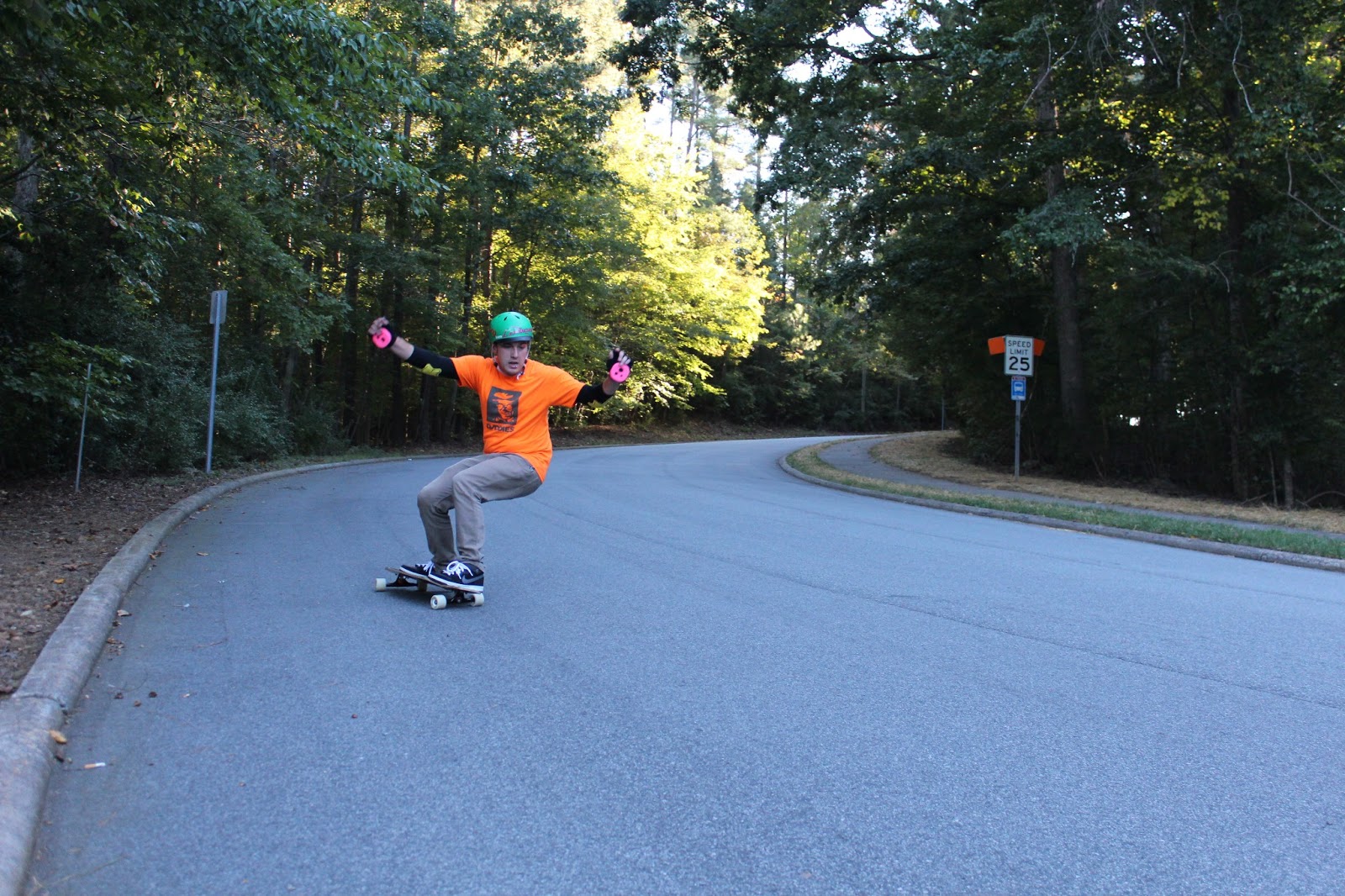 Downsides
The only major downside I could find to these bushings was if I were trying to pump for a super long time. While the APS formula is close, they don't provide quite as much rebound as some of the more rebound-y bushings out there. So if you are super into pumping all day and never putting a foot down you might want to look for something a little bouncier.

Conclusions
This is a big statement coming from a man who not only loves Paris trucks but also swore by Venom SHR for years... but if you are riding Paris trucks there is almost no reason to ride anything other than a Riptide Canon and Magnum. They fit the trucks perfectly, leave very little room for slop in your trucks (especially if you upgrade your pivot cups), and honestly let you get more out of the truck in terms of lean and stability than standard bushings do. 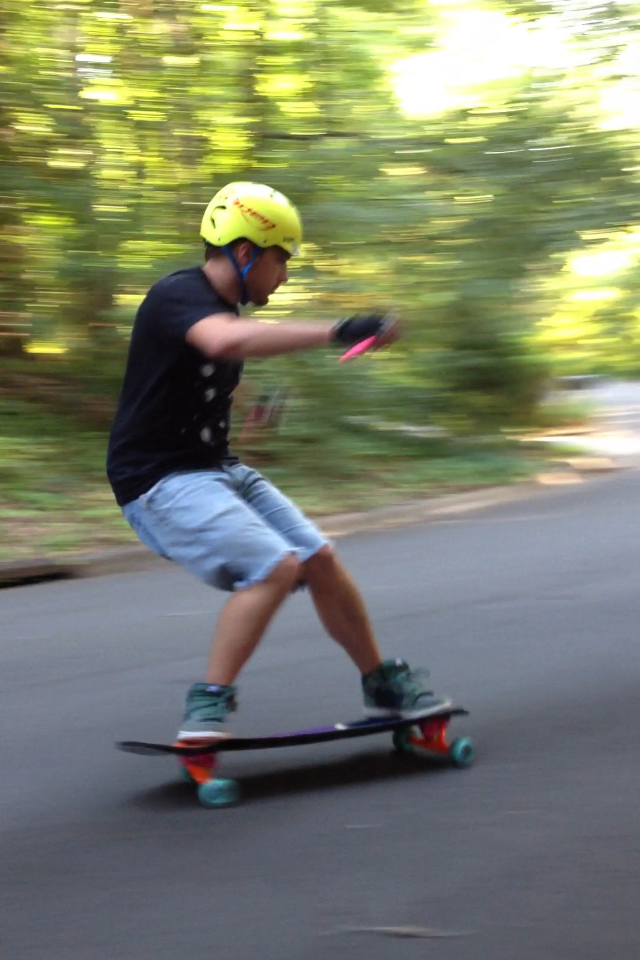 Anyways, those are my two cents.
If you have any questions, comments, concerns, recipes, hatemail... Send them my way!!