What's up party people?
My friends over at Bustin Boards have been cooking up some super sweet new creations in their labs as of late. One of these new developments is known as the EQ which they have deemed to be the new speedboard and freeride deck in the Bustin line-up. Well I was lucky enough to have one sent over to me recently and have been rockin it super hard so I would be able to tell you what I was thinking about it. 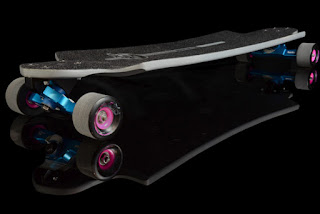 Before I get into how the EQ  handles on the roads let us get into the board specifications real quick:

The EQ is a symmertical topmount board designed for going fast, both down the hill and going sideways in slides. It has a nasty concave that loves to lock your feet in tight and a low center of gravity so that you're nice and stable when going fast.
DownhillThis board is a downhill dynamo! The board is stiff and stable at high speeds and can be taken to some serious levels of downhill with a high degree of confidence. I really like that it is both stable when going fast but still a small and agile board. This really lends it to both carving to shave off speed or just bombing a hill equally well. This isn't a board I would race on, cause its a little small for my taste, but for any sort of non-competitive downhill I love the EQ. However, my tastes aside, I hear that has been some serious racing on this board from the Bustin Team which I am very stoked about! 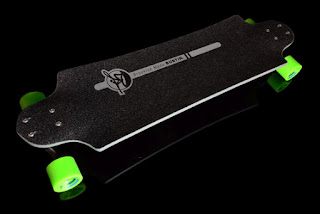 FreerideBeing the nimble and agile board that I find it to be, the EQ is definitely a freeride board at heart. I mean this board loves to go sideways and to spin... which happen to be the things that I love to do too. The concave on the board locks your feet in place when sliding around, but beyond just the concave the EQ has what I call the "Bubble." The Bubble is my nickname for where the trucks are mounted. The deck is formed around where the trucks mount to the board giving a 3D hump to the top of the board. This hump or "Bubble" is fantastic, you can wrap your foot around this bubble so you can bust alllllll your slides from the platform without having to monkeyfoot (when you wrap your foot over the rails) to hit slides. I cannot even express how much I have enjoyed this feature. The "Bubble" has allowed me not only to slide confidently from the platform at all time, but allowed me to hit 180 slides directly into another without repositioning my feet so that I can get that fluid 360 spin when moving  down a hill, which is just so steezy. I haven't found any other board I like as much as the EQ for freeriding. 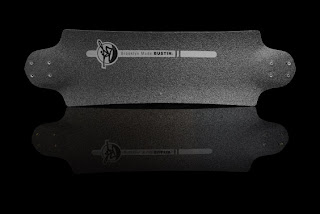 Commuting
Commuting on the EQ has its ups and downs. The ups being that with the right set-up it is a carving and pumping machine! I have said about a billion times, but this is a nimble board, making people/traffic slalom easy as pie. You can little check and tight 180 slides to slow down in a pinch when getting cut off by traffic. In addition it is light for such a stiff board so early grabs are super fun with the EQ, so you can hop off curbs (and up them if you have skills) like it is your job.
One of the biggest downsides of the EQ, in my opinion is the serious lack of tails. Now, this is not a downside to everyone, in fact some people prefer this for their boards. However, if there is one thing anyone who has ever skated with me knows, it's that I love tails, specifically kicktails and I think this board would be abajillion times better with tails... fortunately... Bustin Boards has an answer for this, the EQ's bigger cousin the Boombox, which is a very similar board but with two big ol' kicktails. So if you're looking for kicktails look that way. 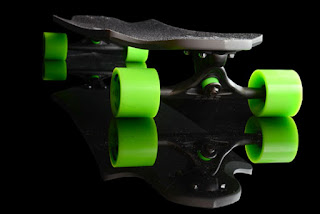 Would I recommend the Bustin Boards EQ? I for sure would, at least for anyone looking for a  freeride or downhill board. This board can handle some serious hills and maintain control and responsiveness in addition to hitting freeride hard. It is all about spinning around on a hill and holding those slides out. I have had a blast on the EQ and ride it consistently over my other freeride decks. I would very much love to get its big brother the boombox under my feet with those nasty kicktails on it one day too! The EQ has very much impressed me and I think it will continue to do so for a long time to come. Progress your freeride on an EQ my friends!!! 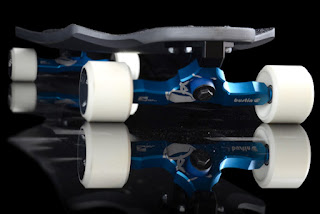