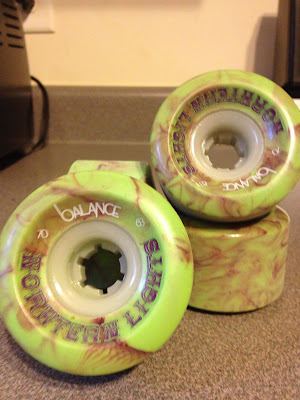 I have recently started riding a new set of wheels, Northern Lights by Balance Skate Products. Northern Lights are new to the Balance line-up and were designed as an all around wheel with a knack for all of your freeride endeavors. Something really cool about these wheels is that the cores actually glow in the dark. Yes, you heard me right, the cores glow in the freaking dark!

Which means as soon as these wheels arrived at my house, before I even put them on board, I let them sit under a lamp for a minute then turned off all my lights. Northern Lights lay no false claims. They totally glow in the dark, which is just plain old fun. 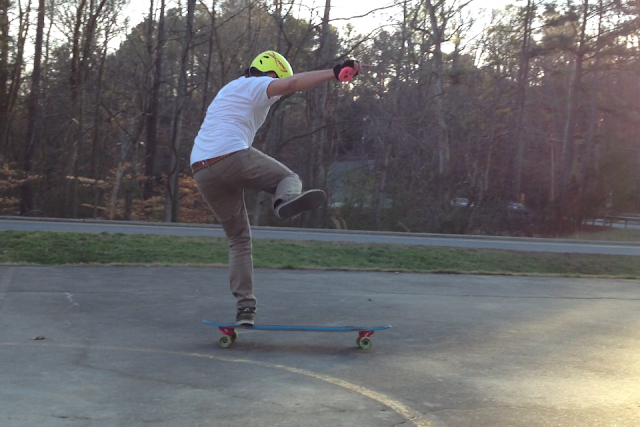 I know everyone is curious about how well these wheels handle, but before I get into that, let's talk about the technical specifications of the wheel. Balance Skate Products' Northern Lights are 70mm in diameter with a 38mm contact patch. The core, aside from being glow in the dark, is slightly offset. Northern Lights come in only one durometer of 83a. They are round lipped and the riding surface is stone ground or "pre-broken-in."

Downhill
Northern Lights are not really a downhill specific shape, however, I have taken them pretty fast more than a few times and was happy with the results. Coming in at 70mm makes these wheels a very typical size for longboarding but not necessarily for super downhill mode which normally rocks wheels around 75mm. Bigger 75mm wheels have a higher top speed than 70mm wheels so you probably aren't going to break any speed records on your Northern Lights. 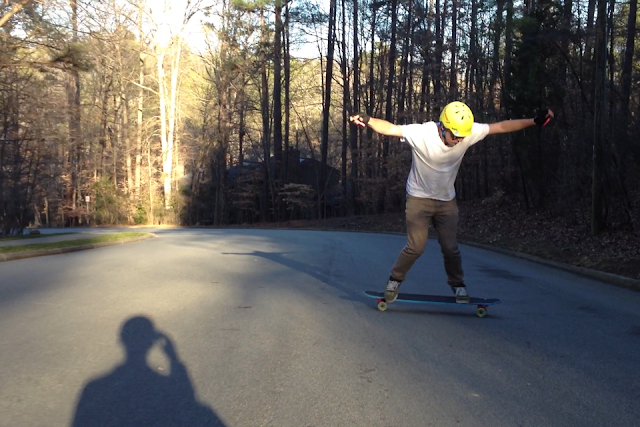 However, these wheels are actually really fun if you like a little bit of slide in your downhill runs. The narrow contact path and the rounded lips make for a very drifty wheel when going fast. If you like to go fast and then slide through a turn the you will enjoy these wheels. That being said, Northern Lights are surprisingly grippy when you want them to stick and held some moderately turny lines when pushing some speed.

Commuting
I do a lot of skateboard commuting (despite the bitter winter cold) on my way to work every day. My commute to work is about two miles long with lots of hills, roads, sidewalks, curbs, cars, and people to maneuver through. I put Northern Lights through these motions every single day, two miles there, two miles back, on every dry day since I got them back in December. Two of the things I really liked when commuting on these wheels were the quick acceleration and the light weight. 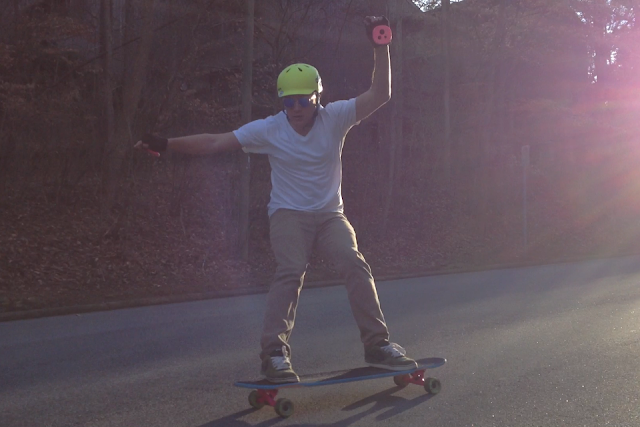 Being a 70mm wheel means that you really don't have to put that much effort into getting these bad boys up to speed. One or two pushes and you are well on your way. They don't hold speed for a super long time, like a more massive wheel would, but since it takes so little effort to push them it is definitely a fair trade off. Additionally I really enjoyed how light these wheels were when I had to push them for two miles every day.

Freestyle
I mentioned that having a light weight wheel was great for pushing around town, well I think that a light weight might be even more applicable to freestyle skating. If you like to freestyle as much as I do then you probably already know how beneficial a light wheels can be. Northern Lights are great for flip tricks because they don't weigh your board down very much, especially for a 70mm wheel, which means your spins or flips don't require a Herculean effort. 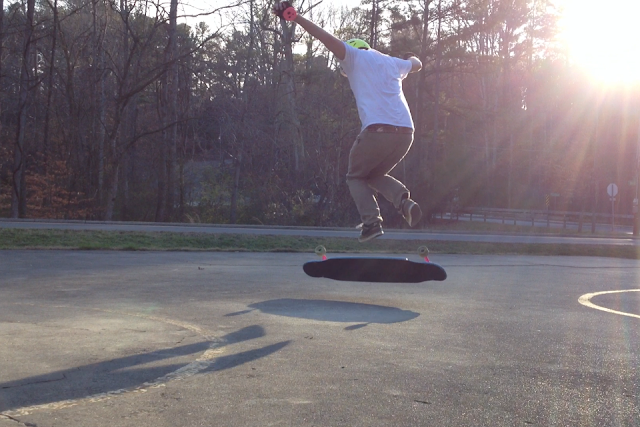 Generally when I freestyle skate I throw lots of 180 slides in the mix when linking tricks. Northern Lights are really nice for quick 180 slides on flat ground. You can break the traction very easily and spin them around without a problem. The slide is nice and smooth and the transition is pretty quiet, which is always a plus.

Freeride
Like most people I have been getting more and more into freeride lately and am always questing for a fantastic slide wheel. Northern Lights have definitely hit a sweet spot for freeride. They break traction smoothly and consistently. These wheels do not drop an enormous amount of thane, which means they also do not wear stupidly fast. I can also say that they have been wearing very evenly and uniformly throughout my entire test phase with no flat spots or ovals. Now to answer the question on everyone's lips, "are they buttery?" 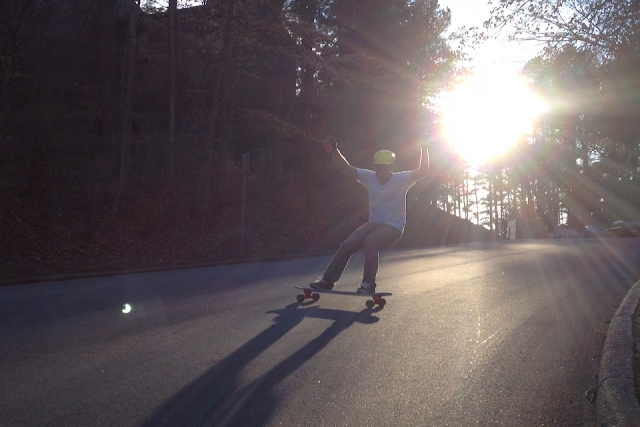 Northern Lights do not have what I would consider to be a buttery slide, they have a very interesting slide that I have really come to enjoy. Once they break traction Northern Lights feel like what an icy slide would be like, however, they are completely controllable. The first time I held out a big slide on Northern Lights I could have sworn they were going ice out right away based on the way the felt under my feet, but I was very pleasantly surprised to find that their slide is super controlled and predictable. I don't think I have ever ridden a wheel that felt so icy but remained so freaking manageable. Northern Lights are one of my favorite freeride wheels as of late because once you break traction and start sliding they just go without sacrificing control. 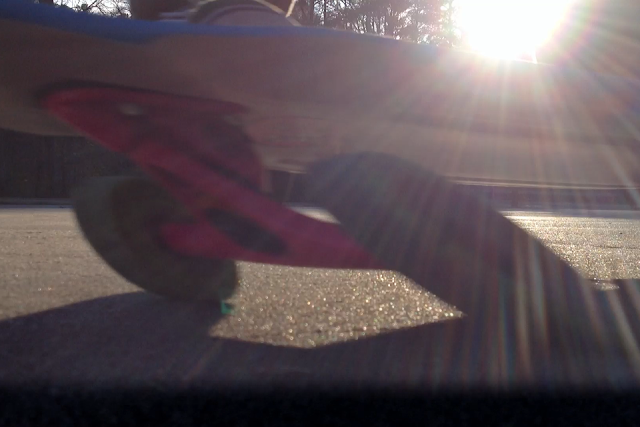 It Can't All Be Good
Every product has a downside or two. I would say that the biggest downside to Northern Lights might be the fact that they look so similar to other wheels on the market. I have heard people say that they are just Metro Motion knock offs. There are in fact many wheels on the market poured in the very same mold as Northern Lights.
However, to these people I would say, "Don't knock them til you have tried them." Because while you may have ridden similar wheels I promise that you have not ridden thane like Northern Lights. 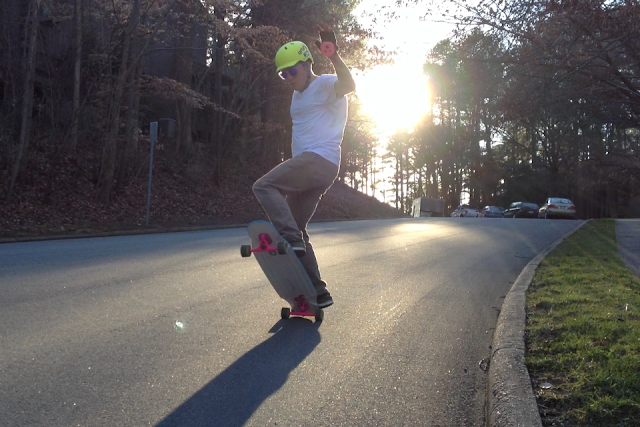 The Bottom Line
Would I recommend Northern Lights to a friend?
I wholeheartedly believe that these wheels are a solid choice anyone looking to freeride and freestyle on their board (which is most people these days). They are light, slidey, and very durable. What more could you ask for in a wheel? Northern Lights are a great all around wheel, however, I think that they are at their very best in freeride. If you are looking for a long lasting wheel that can handle pretty much any type of abuse you can throw at, then I would consider Northern Lights. 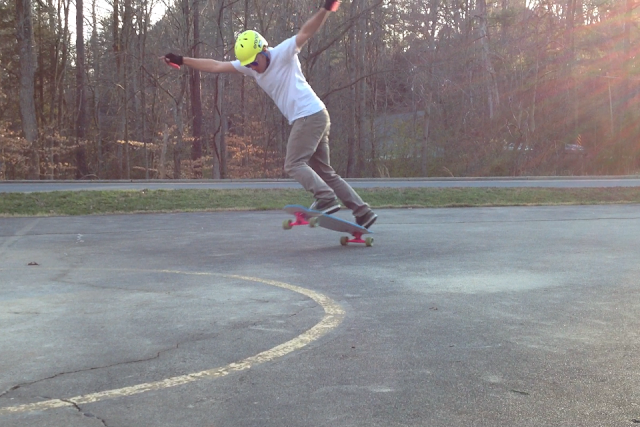 Any Questions, Comments, Concerns, Hatemail, Junkmail???
Send it my way!