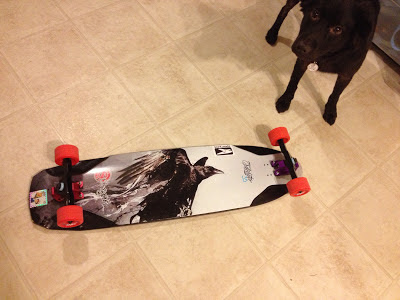 Hey Longboard Enthusiasts,
Original has really been stepping their downhill/freeride game up lately and added a couple new decks to their line-up. I have been rocking the Original Arbiter 36 for some time now and shredding it super hard every dry day we have we had in Chapel Hill. The Arbiter is a topmount speed board dedicated to going fast and doing it well. I have been pushing my downhill and freeride game to new limits on the Arbiter and hitting speeds that are downright intense. 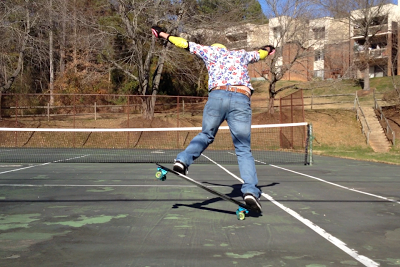 Before I start to prattle on about how the Arbiter handles in real live skate situations, let's cover the technical specifications.


Per usual I will be reviewing this deck in what I consider to be the four main disciplines of riding.

Freestyle
The Arbiter is not a freestyle board by any means, nor was it intended to be one. The solid 9 ply construction and 10 inches of width make it a little heavy for most flip tricks. However, if you are dead set on trying to freestyle this board it does have one thing that will make it easier than most downhill decks. 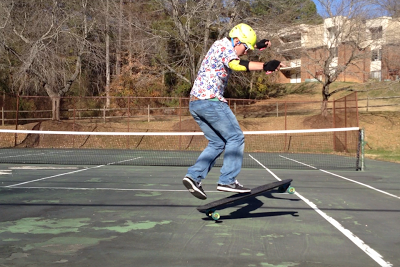 The Arbiter has a little kicktail on the back end. The kick isn't a huge honking ollie slapping tail, but it is enough to hit some manuals and shove its. If you really want to get creative you can even hit moves like big spins, but you're going to need to commit to it, haha. I found the little kick to be most useful for things like tigerclaws where I want to pop my board up into my hand real quick to jump a curb or not have to bend down to pick it up.

Commute
I really hit the commuting hard on the daily basis and I have commuted the heck out of the Arbiter. The Arbiter has similar commuting issues to most freeride or downhill boards in that it is heavy and relatively high off the ground. However, the deck does feature a lovely 1/2 inch of rocker which does get the rider a little bit lower. Let's be real, anyone who regularly commutes more than a few miles on a longboard can tell you how nice it is to be close to the ground for pushing. 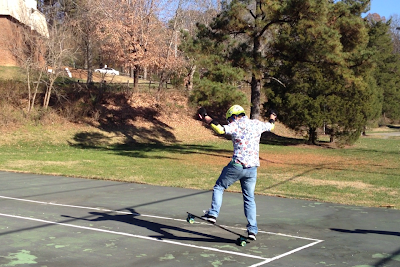 However, for the same reason that the Arbiter can actually do a little freestyle it ends up being a pretty solid commuter (despite the weight) for a freeride deck, and it is all cause of that kicktail. I have said it before and I will say it a million times over, every board needs at least one kick. I can't express how nice it is to have the option to drop a curb or pop your board up real fast when weaving through people, traffic, sewers, trash, pets, ect...

Downhill
Now we are starting to get into where the Arbiter earned its mantle of Gnarbiter. I have ridden my fair share of downhill boards, topmounts, drop thoughs, drop platforms, doubles drops, you name it. However, it is rare when I find a board of such a seemingly simple shape that I truly feel so confident on. Yes the 1/2 inch of rocker is a slight benefit when pushing, however, when going fast you really start to understand why it is there. That 1/2 inch feels more pronounced than I thought such a subtle characteristic was capable of. Being lower to the ground helps you feel more stable when careening down a hill and that little bit of rocker helps me feel more stable on the Arbiter than I do on the majority of topmount boards. 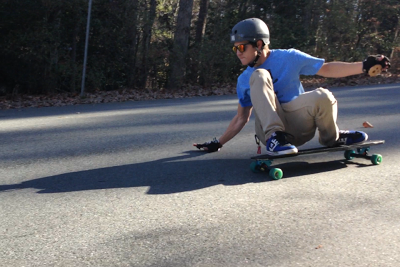 I feel that about a 1/2 inch of concave has become a pretty standard figure to see on many popular boards these days. The Arbiter, on the other hand is rocking a slightly deeper 'cave coming in at 2/3 inch. This deeper concave is great because when you are going fast it's very nice to know that your feet aren't going to slip out of place on you. In addition there is a tiny little cereal bowl in the real end of the deck and while I'm no expert at tucking, it does feel very nice under your rear foot while in super tuck mode.  However, despite all of the benefits the concave on this deck has for downhill I think that it is the most beneficial in freeriding. 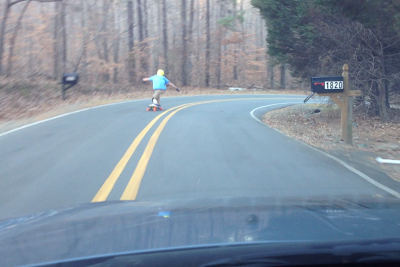 Freeride
The Arbiter is the topmount freeride version of a bald eagle riding a dinosaur.... just plain awesome. Whether you are just getting into freeride, are a seasoned pro, like hitting tons of 180 slides, or holding out kajillion foot standies the Arbiter is a great board for all of your freeriding needs.

I know that the trend in skating lately has been to rock directional topmount boards, however, I haven't really found one that I felt fantastic on until the Arbiter came into my life. It may just be me, but I hate when I come out of a slide into switch and it feels like I'm riding a completely different board. The Arbiter is definitely asymmetrical, but not wildly so, which lead it to earn big points in my book by being equally comfortable in both regular and switch. 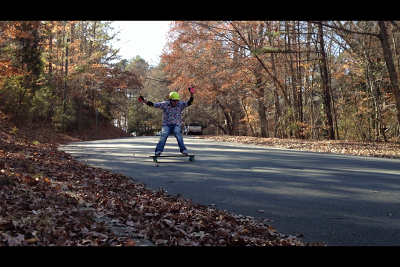 I mentioned that the concave of this deck is great for downhill, but that it really shines in freeride, and I stand by that statement. The concave is deep enough and wide enough to put my average size feet into no problem and to feel locked in. I have never had an issue with my feet slipping out while holding slides on this deck. However, the concave is not so extreme that I feel like my feet are stuck either. Which is great if you are into some technical freeride because you hit things like slide shoves and one footed slides without a problem. 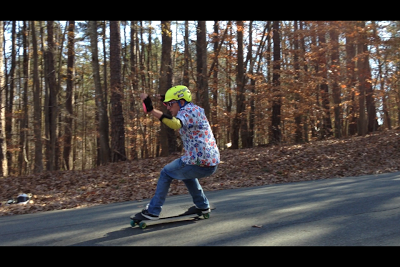 Coming in at a nice compact wheelbase of 26-28in the Gnarbiter is very nimble when hitting the slopes. If you are a fan of compact wheelbases then you will really enjoy the freedom of mobility the Gnarbiter offers while shredding sideways. The size of this wheelbase lends itself equally well to rotational (180) slides, checks, and holding standing slides. The shape of the deck also lets you get your feet right over both trucks so you can put the power back into your powerslide.

It can't all be good...
No deck is perfect and the Arbiter is no exception to this rule. I think the biggest downside to Arbiter may be its specificity. Being geared towards a certain type of riding is never a truly bad thing, I just think that if someone is looking for an all around deck they may want to shy away from the Arbiter. It is a little bit heavy to push around all day in a commute or to freestyle on. Which leads me to believe that your average college kid should look towards a more all around deck to get to class on... unless that kid is a downhill/freeride machine. 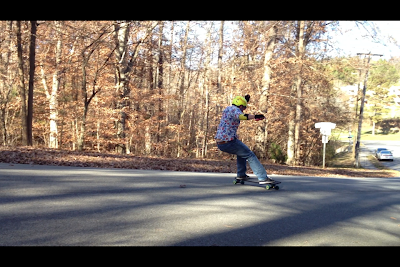 The Bottom Line
Would I recommend the Original Arbiter 36 to a friend?
Yes, I definitely would! In fact it is a resounding yes! However, keep in mind, most of my friends love to freeride, haha. If you are looking for a topmount downhill and freeride board with an asymmetrical shape and a compact wheelbase I honestly don't know what else you could be looking for. The Arbiter is comfortable, stable, locks you in, and even has a baby kicktail. The Arbiter has truly earned its mantle of Gnarbiter in my book and I strongly encourage all you freeriders out there to give it a shot.