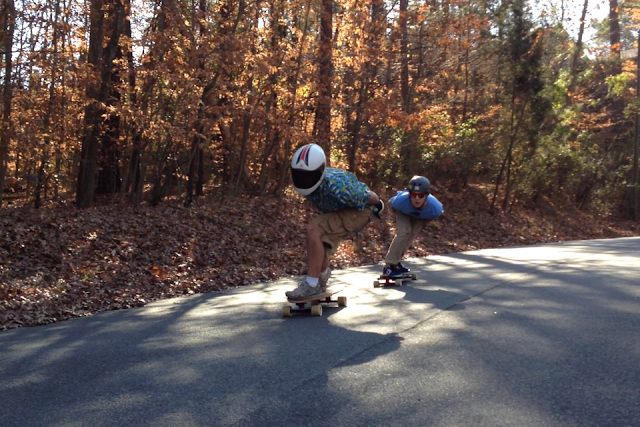 So I’ve been riding these new wheels around lately and they are pretty RAD. There have even been a few instances that I thought they were the RADdest wheels I’d ever ridden. These wheels I’m talking about are, of course, none other than the RAD Advantages. They are big, white (when new), and really rad. RAD (Rider Approved Designs) is a new wheel company run by some people who aren’t new to downhill skateboarding. They are truly a “for skaters, by skaters” company and the riders that are behind these wheels win races. Many podiums were taken on prototype Advantages, so I think it’s safe to say that they know what’s what when it comes to wheels.

According to the print on the wheel, these are: 74mm in diameter, have a 58mm contact patch, and are 78a in durometer. They also have sharp, square lips and a large, unique core. RAD Advantages (RADvantages?) are a race wheel. At 74m by 58mm, they are certainly not small. The lips are sharp, chunky, and well supported.

A big feature of RAD wheels is the Crown Core. The unique core is supposedly 10 times stronger than a traditional core, which is nice, as I’ve cracked some of the cores of other wheels with larger, exposed cores. The RAD logo is supposedly a representation of a side-cut of one of their cores, showing how the outer peaks support the lips to reduce chatter and vibrations. If I ever kill these things I’ll cut one open and take a picture for you wonderful people, but for now we’ll just take RAD’s word for it that that’s what the cores look like. Practically though, the core works. RADvantages also don’t seem to have the abysmal ride on rough pavement that I’ve come to expect from a large-cored wheel. I don’t know if this is down to the urethane or the core, and while they aren’t the plushest wheels around, they do ride quite smoothly on rough pavement. The advantage of a larger core is the increased support when sliding. This allows you to have a big, wide, soft wheel for grip with much less of the choppiness typical of large, wide wheels in a slide as there is less urethane deformation.

Being a wide, soft wheel, the first slides obviously weren’t the best. Once the mold release started to come off (it was still relatively intact after many miles of cruising and grip runs), the slide improved a lot. I took them down a secret mountain road that has some of the worst pavement I’ve ever seen and they shed speed quite well and the lips were rounding out a little after a couple runs (4 slides over the 1.5 mile run). Interestingly, the white urethane picks up color from the road when you slide. Really dark tar pavement makes them black, but they also pick up the yellow from the lines on the road. They slide well enough that before even properly breaking them in, I was learning toeside predrifts with them. The break-out and hook-up points seemed spot-on for this style of wheel. They held lines perfectly until pushed, at which point they broke loose exactly how and when I expected them to. They’re really predictable at speed, which I value immensely in a go-fast wheel. 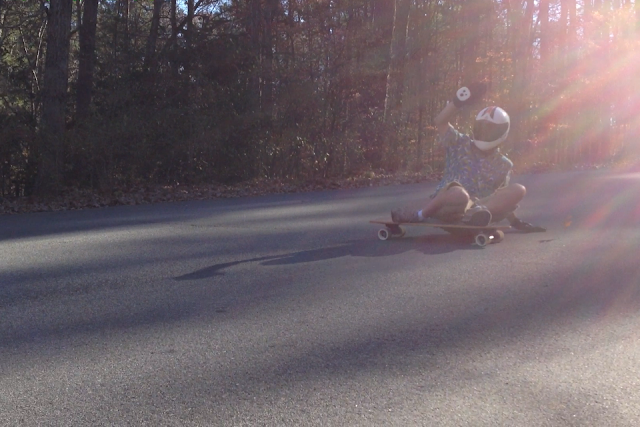 As far as roll speed goes, RAD Advantages are… interesting. On most roads, they don’t feel noticeably faster (and certainly not slower) than other 70-75mm square-lipped wheels. On a couple roads though, they were quite surprising. The day we hit the previously-mentioned 1.5 mile run there was a massive headwind coming up the holler. We were going slower than normal and actually gripping more corners than is usually possible with the really rough pavement. The friend I was riding with and I are usually about the same speed on this hill, but I had to predrift a corner that he just cruised through. Not because I had less grip, but because I was coming into the corners way faster than he was. Later, we both botched a slide into a nasty toeside hairpin so hopped back on at basically the same time. I let him get ahead a bit but caught up immediately and put a huge distance between us quickly, despite me carving and him not.

On a different road with very different pavement (very smooth) I was noticeably faster than I had ever been before. I came into a terrifying blind toeside corner as fast as I normally do and as the other person I was riding with after airbraking about 40ft out. I normally tuck right up to it and the friend I was skating with was able to, but I was just going so much faster that airbraking put me at the same speed. They held the line beautifully though.

As far as grip goes, I’ve yet to have them break traction (or even hint that they are thinking about it) while I was trying to grip corners. Everything else has failed before the wheels do: my skill, the confidence to make the turn that fast, the trucks, death wobbles into the corner, etc. Grip level: high enough that you don’t have to worry about it.

Sorry if stories about how the wheels worked and felt for me is not your kind of review; it’s the best way for me to get across the finer details of the wheels. Here is a quick breakdown of how the wheels perform in various disciplines: 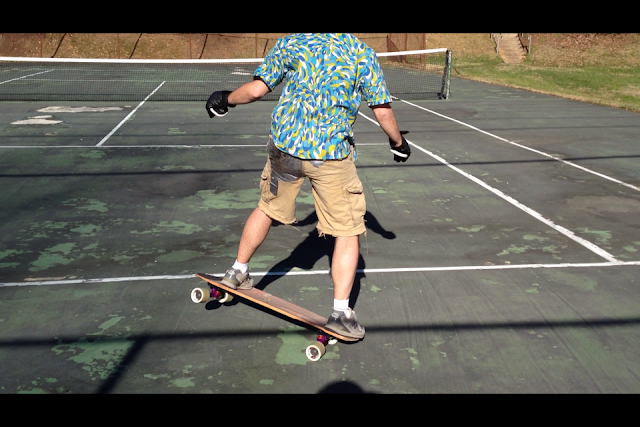 Freeride
Like I said, Advantages like to have some speed behind them before the slide gets nice. They would work fine for some pretty fast freeride, but not for slower stuff. It is a grippy thane that, in the Advantage shape, wants to hold the road hard. RAD does make a freeride wheel (the Release) in the same wonderful thane with the same wonderful core for you freeriders though. 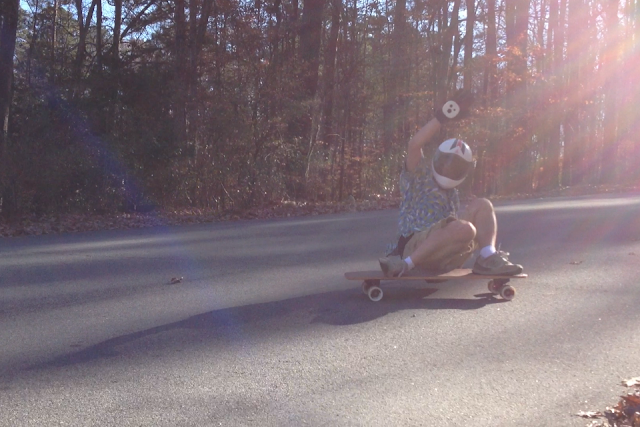 
Going fast is where the Advantages have the advantage. They are plenty fast, grip well, and slide very predictably when you want them to. They’re my favorite downhill wheels for most roads.


All-in-all, I’m really impressed with how the Advantages fare for all types of speedboarding. Grip runs, technical runs, fast sweepers, glove slides into tight hairpins, and pushing the limits of grip around tight corners all felt really good. Would I recommend the RAD Advantage to everyone? Certainly not. However, if you are looking for a downhill wheel that slides predictably and grips beautifully, then RAD Advantages are a rad choice.


As far as setups that work well with RAD Advantages, they really shine as a downhill wheel and I believe they are best used with setups designed with speed in mind. For me right now that happens to be my Soda Factory Born to Hula on split 46*/39* Gunmetal Trucks. Whatever you are most comfortable going fast on is the board I would recommend Advantages for. 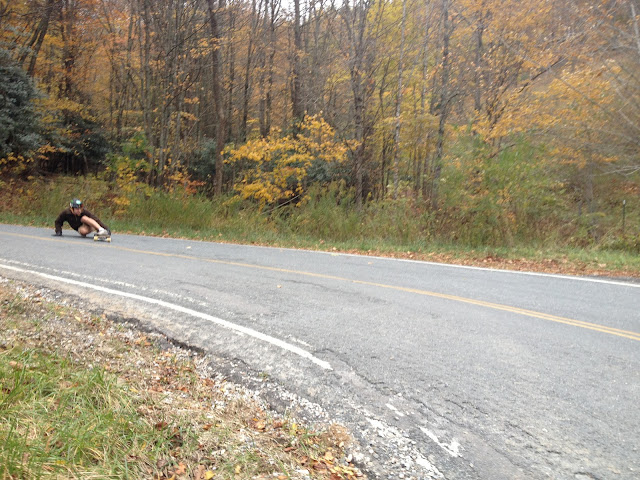 Questions? Disagreements? Stories of your own? Paintings? Oddly-colored surfaces your RADs have picked up color from?