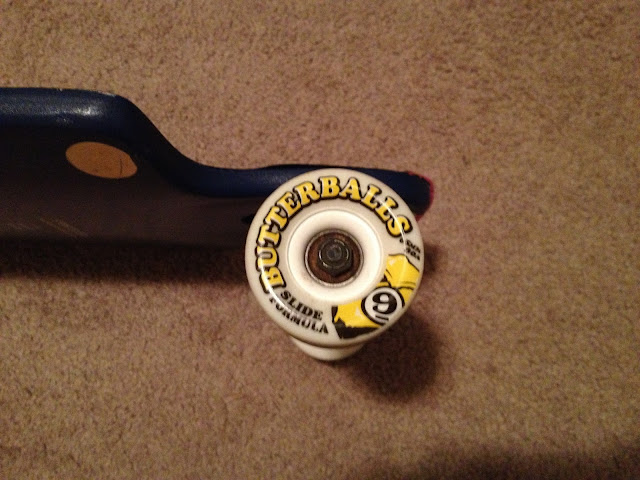 Welcome to some thoughts on Sector 9 Butterballs, a freeride wheel that drops epic amounts of thane. If you have been into the freeriding scene for any significant amount of time then you will have definitely heard of the fabled Butterballs. 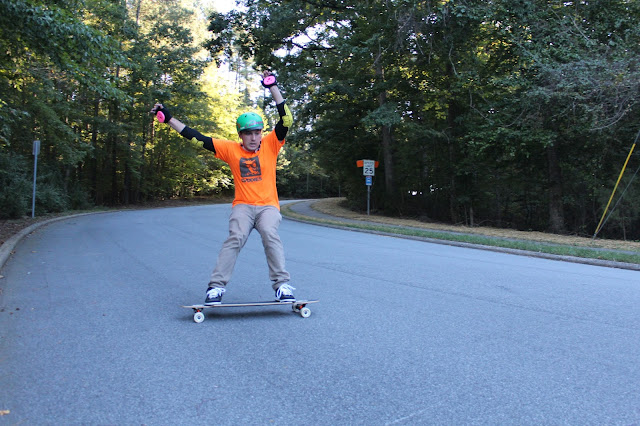 Butterballs come in two diameters; measuring in at 65mm and 70mm. Which means you can rock some smaller lighter wheels or you can slap some of the bigger 70mm wheels on your stick so that you have a little more thane to burn through. Butterballs sport a centerset core, at least as far as I can figure, and a relatively wide contact patch of 38mm (measured with a ruler, so probably not 100% accurate). In addition, as I am sure you can imagine based on the name, Sector 9 Butterballs have one of the smoothest urethane formulas money can buy. So how do they handle on the road?

Commute
One of the great things about coming in two sizes is that you can choose a Butterball that is suited to your riding style. I found this really came in handy with when I was setting up a commuting board. Some people are all about the roll the speed when pushing through town; I am of a different train of thought. I really like having a very nimble and light board when commuting. It makes kicking to speed from a complete stop, ollies, and quick slides much easier. 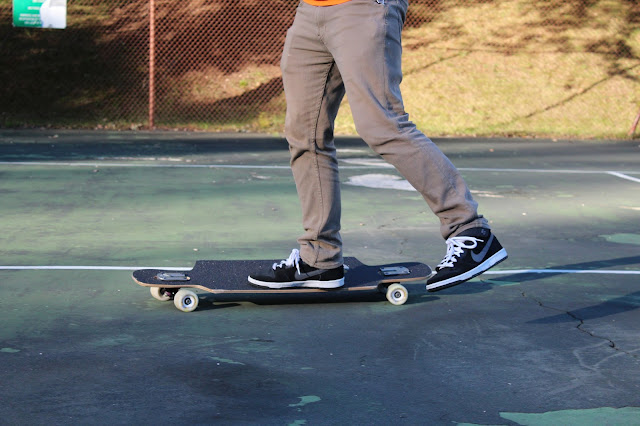 With this in mind I setup my Sector 9 Sprocket with the 65mm Butterballs for commuting. The smaller of the two Butterball options proved to be a great choice. They accelerate quickly, are nice and smooth, and very easy to break out into a quick check slide to shave off speed in a pinch. Fun fact, these wheels leave so much thane that you even leave lines when hitting 180 slides. Being a little smaller also kept my commuter nice and light which is really nice when you have to pick up your board every now and then.

Freestyle
Here is another discipline where I think that smaller wheels have a clear advantage. Lighter wheels make for easier flip tricks because you don't have as much bulk to throw around. I think it is true whether you are manualing, hitting a simple shove-it, or tre-flipping off of a bajillion stairs; smaller wheels are where it is at. 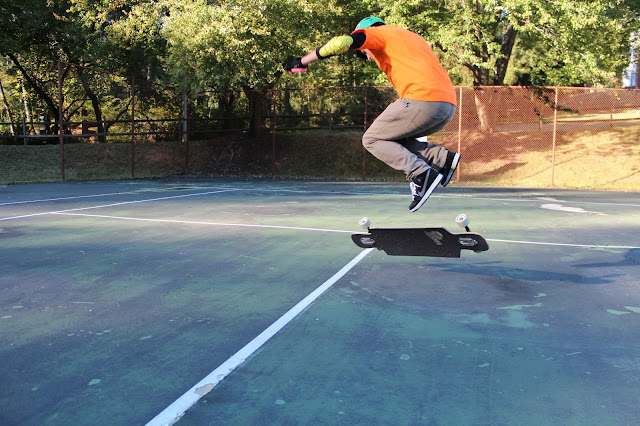 I definitely favored the 65mm Butterballs for freestyle, although I did try both sizes. 65mm Butterballs are pretty light and easy to work with for trick oriented longboarding. One of the biggest advantages they have over their 70mm brothers is with tricks that need to get high up into the air, for example the Ollie. If you are looking to Ollie up a curb or over some terrain a lighter wheel is really going to serve you well. I think as far as a soft longboarding wheel goes 65mm Butterballs definitely get the job done but I wouldn't necessarily say they are a freestyle wheel. 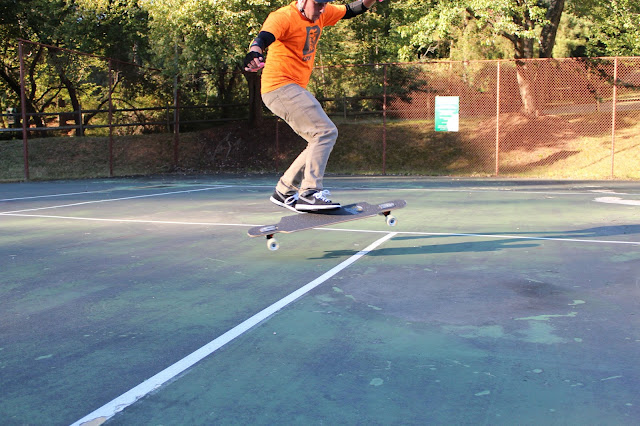 Downhill
Let me perfectly clear with you, if you are looking for a downhill wheel Butterballs are not the way to go. You should look into something actually intended to hold a line and to have a nice roll speed. Many companies offer a ton of downhill or race wheels, Sector 9 included, so try and look in that direction. If you only have one set of wheels, which happen to be Butterballs, and you are dying to hit some mountain passes I can at least give you a little insight. 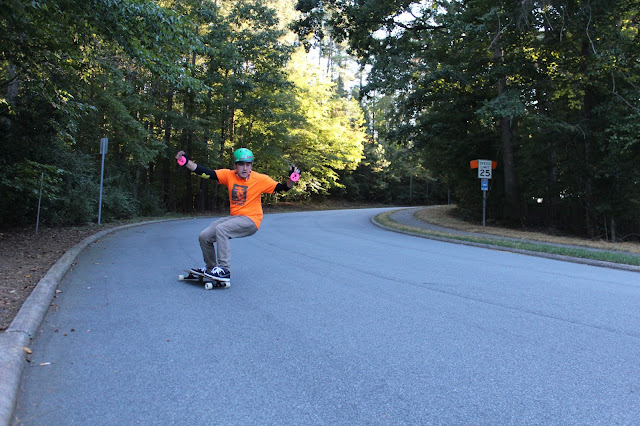 Both the 65mm and 70mm Butterballs have the same contact patch (or at least within 1mm of each other; again, I measured with a ruler so cut me some slack). For a wheel that is meant to slide Butterballs do have a relatively wide contact patch which is nice when going fast. That wide contact patch translates to a wheel that  is at least somewhat predictable at speed and very controllable when hitting a really fast slide. Butterball thane only comes in one durometer, 80a, so they are a least a little grippier than a harder wheel might be. But yeah, like I said, Butterballs aren't great for downhill, nor were they intended to be.

Freeride
Everyone knows it! This is what Butterballs were made for. Sector 9 wanted to make an impact on the freeride market with these wheels and I would say that their mission was accomplished.

Butterballs slide for freaking days. It doesn't matter if you are rocking the 65mm or 70mm version you are going to have some serious sliding in your future. I recommend the 70mm Butterballs for freeride because it gives more thane to leave on the ground. 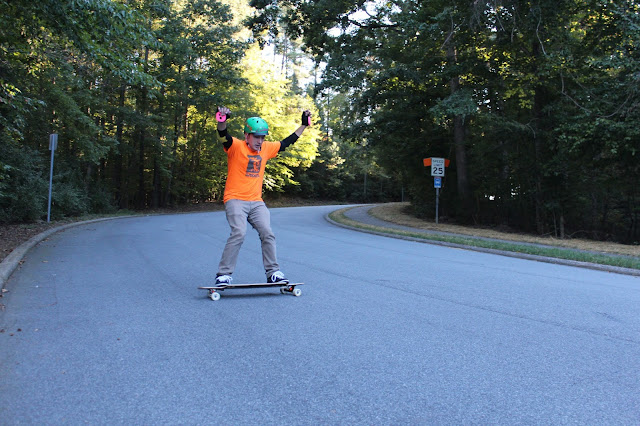 Speaking of which, let's talk thane. Butterballs are made of what Sector 9 refers to as their "slide formula" and they ride just like their name suggests... very smooth and buttery. That buttery, buttery slide is smooth, consistent, and quite controllable. I have never had a hard time keeping my butterballs from icing out on me. 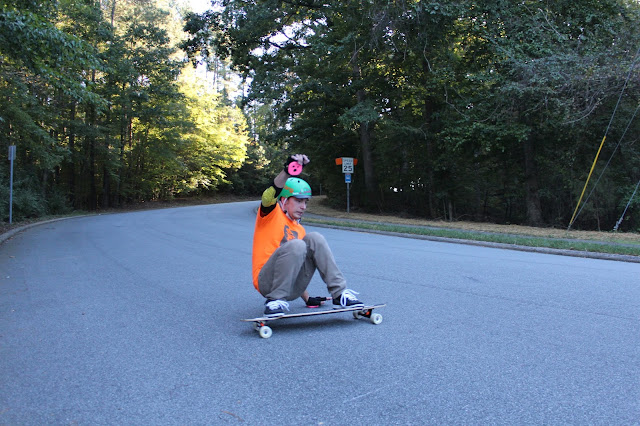 Oh did I mention that they crap thane lines? Like I said in the commuting section, a simple 180 slide will drop thane on the ground. Which means if you get going fast enough to hold out some serious slides you are going to be leaving some equally serious thane lines behind you. If you are one of the many people who love to see their thane lines after a slide then you will like these wheels. 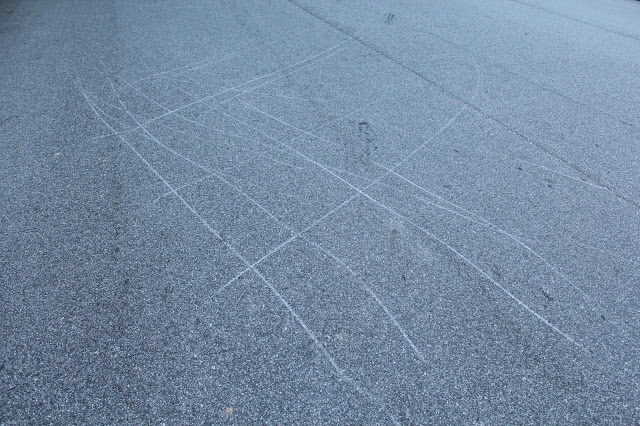 The flip side of leaving prodigious amounts of thane on the ground is that you are going to wear these wheels out quickly. It is the sad truth of any thane-y wheel. One of the nice things about Butterballs is that I didn't really have much trouble with coning. However, I did actually flatspot a wheel, it wasn't a huge flatspot, but I was definitely bummed about it. I can't say for sure whether Butterballs are prone to flatspots, or if I was just sliding like a dummy that day, but I don't normally flatspot wheels.

It can't all be good
The biggest downside to Butterballs is definitely their life span. It is just one of those wheels where you have to weigh the cost-benefit ratio. For like 30 bucks you get a wheel that slides great, leaves tons of thane, and dies quickly. You just have to decide if it is worth it to you. 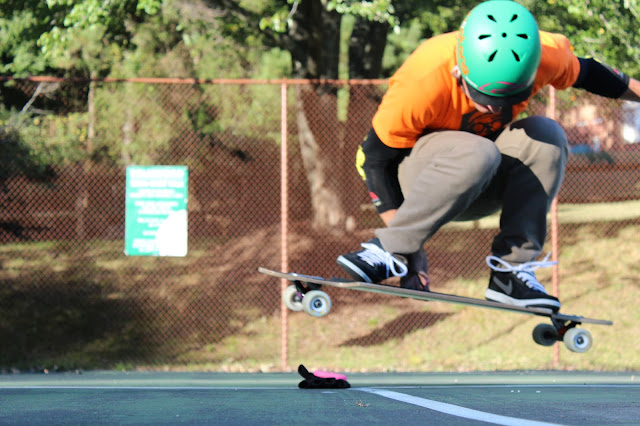 The Bottom Line
Would I recommend Sector 9 Butterballs to a friend?
I would recommend Butterballs to anyone looking to slide. That is not even a question in my mind. The slide is top notch for such a cost effective wheel. I would also recommend the 65mm Butterballs to any longboarders out there who like a dabble in freestyle and freeride. The 65's are a great union between the two disciplines without sacrificing performance.

and as always... a helmet and some fragrant Holesom pucks
Posted by Wayne at 10:33 PM