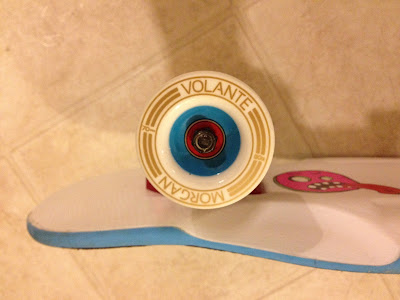 Hey There Peoples,
Welcome to another shred-tastic product review. Today we will be looking at the newest wheel in the Volante line-up, the Morgan. Morgans were developed by their namesake, Mr. Liam Morgan, who as we all know can slide for days and tear it up like it's his job (which it is).

Morgans are 70mm wheels that were built to freeride like a shark is built to be dangerous. They rock a 46mm contact patch with a very slightly offset core; only 1mm. Morgans now officially come in two durometers 80a and 82a so you customize the hardness to your liking. 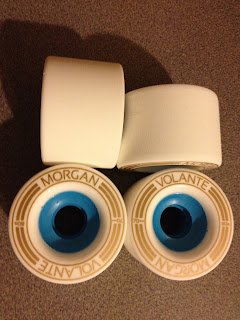 Just like I do with all of my reviews I tested Morgans in a variety of riding situations that I think most riders commonly encounter.

Commute:
Morgans offer one pretty big benefit when commuting around town; they are beefy. What I mean by that is that the wheels have a lot of thane on them due to their relatively wide contact patch. Having lots of thane makes them nice and massive, and I mean that in the scientific sense of the word...
Get ready to be schooled: Newton's Laws of Motion say that when an object is in motion it will stay in motion unless acted upon by an unbalanced force and that more massive objects take more energy to accelerate or slow down. 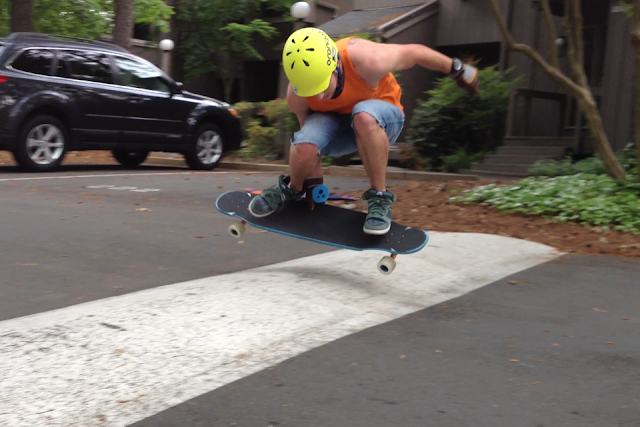 So what does this mean for you commute? Basically that they take a little bit of effort to get moving, but that they hold your roll speed very nicely. When pushing around town, as long as you put the energy in to get them rolling your Morgans will hold that speed nicely.

Freestyle:
I don't think that even Liam would say that these are freestyle wheels, although I don't want to speak for him. I feel this way mostly for the same reason that helps Morgans retain their roll speed, they are massive (or heavy). Generally when people are looking to freestyle I feel that a lighter wheel, maybe something in the 65mm diameter range, is a better choice. Smaller wheels are more freestyle friendly because they are easier to flip around in tricks, lift off the ground, and break into quick little 180 slides. If you are looking for a Volante wheel to trick around on then I would direct to their Checkers model. 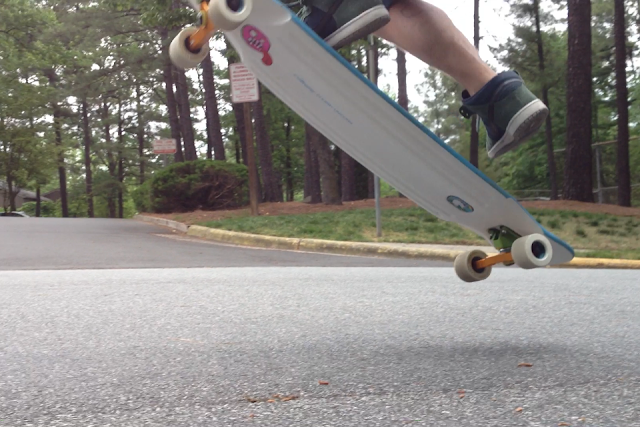 However, if you are determined to freestyle on these bad boys you could always take up board dancing. That ability to hold out roll speed is great for dancing because it doesn't really matter how heavy a dancer setup is. All you have to do it get your Morgans going and then just cross step for days and days.

Downhill
Alright, here is where the Morgans start to excel. Coming in at 70mm gives them a nice combination of max roll speed and acceleration when going down a hill. They don't have quite the max speed that a typical 75mm downhill wheel would have, but don't get my wrong, Morgans can definitely go more than fast enough to help you get your adrenaline jollys. 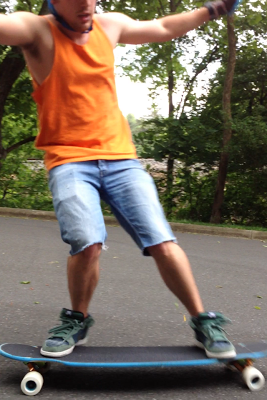 If you are riding any sort of downhill run where you might encounter some serious curves then you are really going to like the feel of Morgans. They don't slip out unexpectedly when you are trying to hold a line, even if you are hauling ass, so you can feel nice and confident pushing the limits on winding runs. However, if you decide that you want to drift and bust out some tastey fast slides they break out very smoothly and consistently. However, I have never had a problem linking them back up when I want to stop my slide and start rolling again. 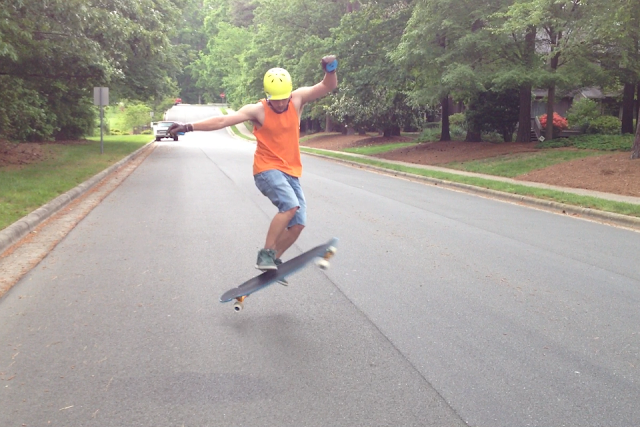 Freeride
Let's face it, everyone knows it, Freeride is the discipline that Morgans were made for. This is truly where they set themselves apart from other wheels. Based on the general specs of the wheel I didn't think that Morgans would be super duper slidey because they have a wide contact patch (46mm) when compared to other freeride wheels on the market. Generally a wider contact patch equates to a wheel that is more difficult to break into a slide. 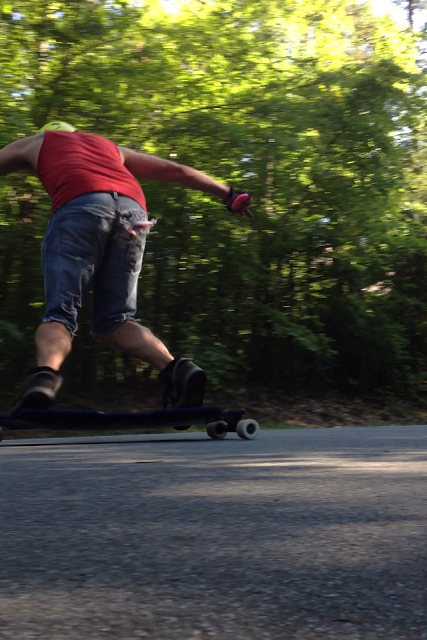 However, Morgans are actually exceptionally adept at sliding due to the combination of other features that make up the wheel. The first of which is the bright blue and large core. Morgans have nice wide cores in order to provide stability to wheel shape while sliding; it allows for minimal deformation of the wheel when going sideways. This gives you a very consistent slide that feels the same from the first slide all the way to the last slide. To add to that consistency Morgans sport some beefy and stiff lips. The lips on Morgans give you more control over your slides than a more rounded lip would allow. That nice core is actually 1mm offset which helps them release into a slide with a tiny bit less effort than a center wheel would. However, I can honestly hardly tell a difference because they certainly aren't hard to break into a slide. 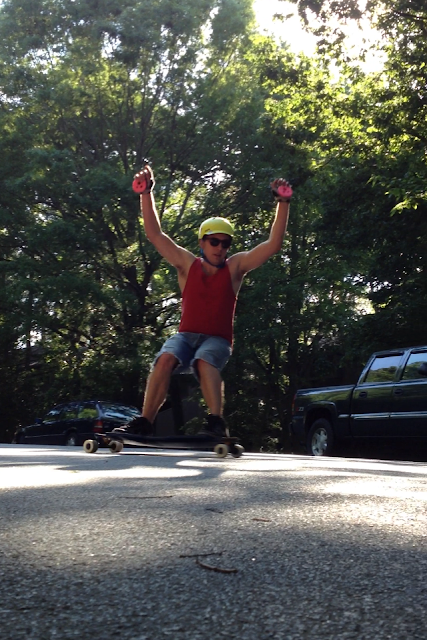 All of these traits combine to make Morgans a great wheel to freeride in any situation but particularly for fast freeride. The amount of control the lip shape, big contact patch,  and wide core provide in this wheel is amazing and definitely something that fast freeriders will enjoy. 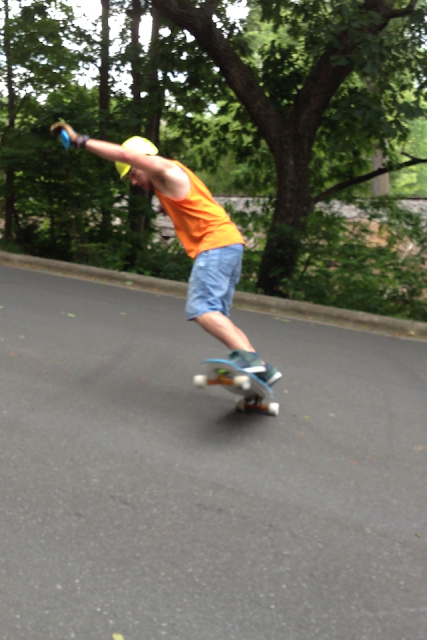 Ok, so we know that Morgans are very consistent, but how do they feel? Morgans offer an extremely smooth slide. The slide feels a little tougher than a straight up buttery slide might, I would say that Morgans have a surgary slide. Fortunately, I don't think I have ever iced out while rocking my Morgans. They leave a fair amount of thane on the ground when hitting most long slides (starting a foot or two into the slide) which means they do wear. That wide contact patch does lend itself to wearing much more slowly than most thaney wheels which is really nice. In addition I really enjoyed the slight offset because they are so close to being centered that you can flip them without hardly noticing at all. 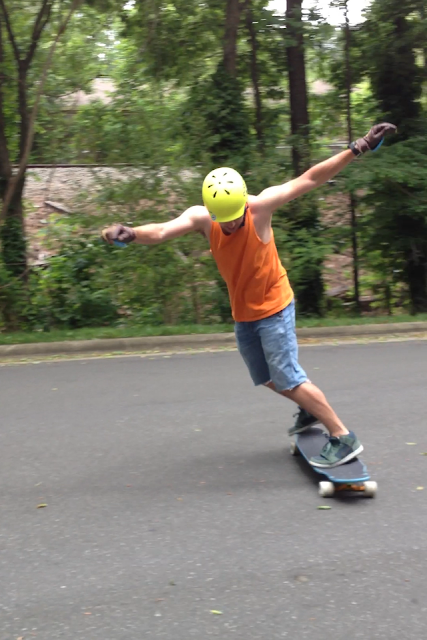 The Bottom Line
Volante Morgans are not the most well rounded wheel for someone looking to throw a ton of freestyle into their daily skate. Where they really shine is going fast and hitting stupid big slides; so I can certainly see why they are a product of Liam Morgan's skating needs. If you are looking for a smooth sliding wheel with a lot of control and a long life span then I would definitely consider Morgans for your next purchase. They are a very solid addition to my quiver and I have really enjoyed stepping my freeride game up on my Morgans. 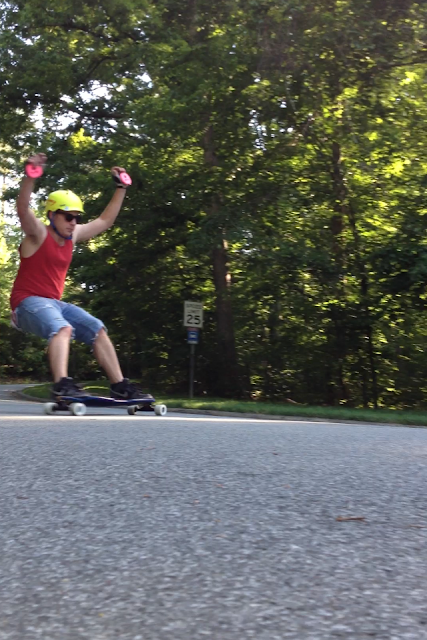 Thanks for reading!
Any questions, comments, concerns, loveletters, hatemail???
Hit me up!